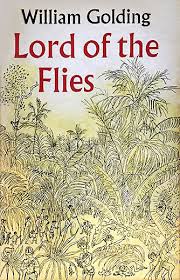 Lord of the Flies is a novel written by Nobel Prize winner William Golding. It was written in 1954, and is quite a controversial novel about human nature and the common good of man. It was Golding’s first publication and although it was not a great success, during his time, it is one of the many literature texts assigned for many students to read. The novel has been made into a movie, not once, but twice. It was selected, by Time magazine, in 2005, as one of the best English novels during 1923 to 2005. This essay is about the Lord of the Flies.

As with many literary classics, Lord of the Flies, is an allegorical microcosm of the world as seen by the writer. Important life events were used to write this novel. The story begins with four English boys, aged between 6 and 12. Their plane has crashed on an island in the middle of the Pacific Ocean. Although there is distress, the boys manage fine for a while on their own. They use a conch shell as a talking stick and appoint one of the older boys, Ralph, as their leader.

Trouble begins very soon. There is a “beast” on the island. The decision to build a fire to signal for help is unanimous. This is done by using Piggy’s glasses. Piggy is a chubby boy, hence, the name. However, another boy, Jack is jealous of the powers given to Ralph. He vetoes the idea and states that time should be spent looking for food and not attending to the fire. This is when one of the main evils of life, jealousy, crops up in the novel. As time goes on, Jack becomes even more evil. However, William Golding wanted to show that along with the bad there is also good. This is why he creates Simon, who is wise and philosophical and helps build shelters with Ralph.

As with conflict, trouble escalates and things take a turn for the worse. The boys who should have been tending the fire forget their duties and run off to kill a pig. The violence excites the boys no end. However, upon their return to the campsite, they discover the fire had gone out and a rescue ship had also passed by.

Around this time, a parachute bearing a dead man blows into the island. The boys think it is the “beast” and a hunt to kill it ensues. Simon, the philosophical one is skeptical. He believes that the boys are more afraid of themselves than an actual “beast”. This may be true. The boys are starting to feel animosity and aggressiveness towards each other. These are feelings they would never have experienced had they not been on the island. These feelings scare them.

The bitterness and anger further increase when Jack decides Ralph should not be the leader. He breaks off and he is joined by the older boys. Simon hallucinates and believes a pig killed by Jack and the boys is the “beast”. Things come to a head when Simon encounters something and becomes unrecognizable to the other boys. They are afraid of him and don’t know him and kill him.

The whole story is about how people change in bad situations; some for bad and some for “not so bad”. The storyline is interesting and, at times, spellbinding. So, overall, the story is good and is one that will keep the readers enthralled.