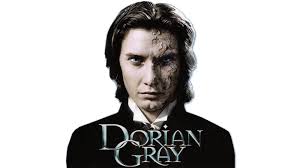 Writing a character analysis of Dorian Gray from the Picture of Dorian Gray by Oscar Wilde is not an easy task, simply because Dorian Gray is not a simple man. He is exceptionally complex and, at the same time, extremely simple. He is sometimes two people, and yet he is one. Dorian Gray’s character is unique and quite enthralling. He is the epitome of eternal youth and beauty. This is a man who was not aware of how he looked and affected others until he saw himself reflected back in a painting.

When the story begins, Dorian Gray is a young man of no more than twenty. He is an innocent and exceptional handsome man. His innocent unawareness of his looks attracts Lord Henry and Basil Hallward. Dorian is beautiful because he was born to a gorgeous mother. She was the daughter of a wealthy Lord and could have married any man she wanted. But, she marries a penniless soldier who, unfortunately, is killed in a dual. Dorian’s mother too dies soon. Although an orphan, Dorian is not left penniless. He inherits quite a bit of money once he reaches a certain age. Dorian is unaware of his looks although he is a charming young man. Perhaps, Dorian’s thoughtless nature could be attributed to his very young age although he does seem to be a bit callous at times in the story. Basil always has his feelings hurt by Dorain.

After the picture of Dorian is painted, by Basil, he realizes he is exceptionally good looking and becomes very vain. Dorian’s capacity for vanity becomes very evident when he laments and grumbles about how he wishes to stay this good looking for the rest of his life. His wish that he should age only in the painting is also influenced by Lord Henry who has been telling Dorian that beauty and youth are the most important things in life. This causes him to move out of Basil’s home and into Lord Henry’s where he lives a life of pleasure without any though to conventional morality.

Dorian’s thoughtlessness and heartlessness is quite evident in his relationship with Sibyl Vane. She adores him and he believes himself to be in love with her. However, his love for Sibyl is as shallow as he is. The first change in the portrait comes after Sibyl’s suicide which he caused. All the effects of his life so far and the things he has done is evident only in his face as his body remains youthful. Although he shows he has a heart by feeling remorse over what he has done regarding Sibyl, his vanity and selfishness becomes more apparent by his thoughtless and careless assumption that it was all in favor of art. This becomes the beginning of the end for Dorian Gray.

Dorian goes onto commit many more sins. And all these sins show greatly in his portrait. He seems as if he is not bothered by his behavior, but, his human side becomes clear when he feels repentant. However, it’s all downhill for Dorian Gray from here. He ends up killing Basil, his dearest friend, and the guilt about it basically tortures him no end.

I think, Dorian Gray was a good man, who was led astray by others. However, he should have had a spine to realize that what he was doing is wrong. He should not have hurt people and considered it a way of life. Bottom line, the saying “what goes around, comes around”, is quite suitable for Dorian Gray’s life.